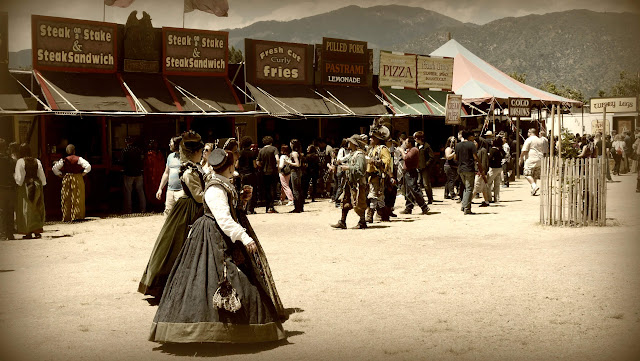 Don't you love it when family or friends visit? For me, it means I get a mini vacation from my kitchen. Don't get me wrong. I really enjoy cooking but there are some days -- especially in the summer months -- when I'm relieved to be away from a sweltering kitchen and not have to tend to a stove or a full sink of dirty dishes. I'm enjoying a few kitchen-free days at the moment as my brother's visiting for a week and that has meant lots of meal gatherings with relatives and eating out everyday so far. And it's only been his third day here.

Our highlight of the weekend was the Renaissance Fair which we visited on Sunday. Being a first timer at the fair, I knew only that it would be an event based on the Medieval times and that people who worked at the fair would be dressed in corsets, full skirts, cloaks, feather hats and the like. 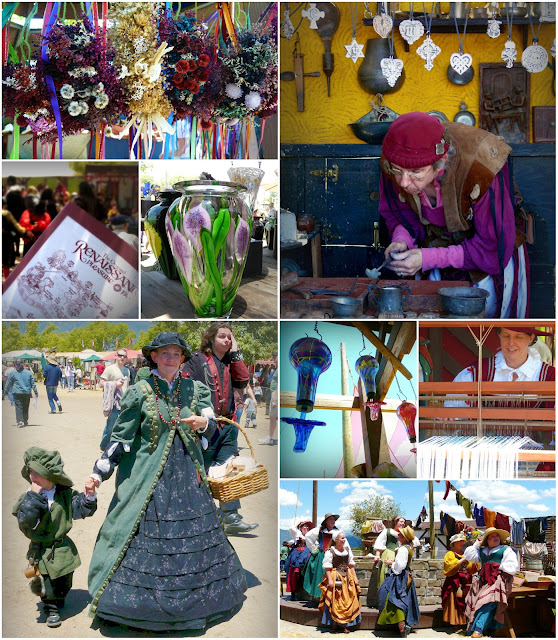 I must have missed the memo about donning the garb as an attendee because many of the fair attendees arrived in full costume as well. Some even left their modern day vocabulary at home, choosing instead to role play and speak as if they were standing in the midst of the Shire. It was truly fascinating and felt very much like Halloween in May. I saw several costumes that were astounding and unbelievably gorgeous. And then there were those who came dressed in nothing more than goth gear and some missed the mark altogether. But hey, as long as they're having fun, right? 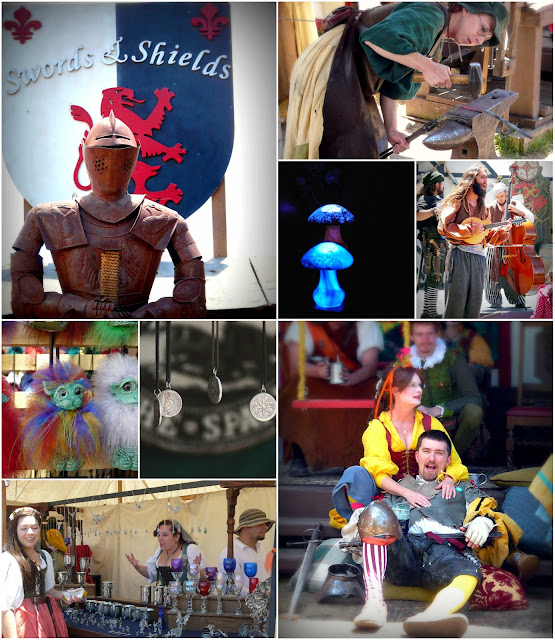 The fair also featured a wide array of handmade goods ranging from hand blown glassware and leather armor to soaps, candles and handcrafted silver jewelry. For entertainment, there were numerous carnival booths and large stage shows. Not a dull moment to be had there. Now let's get to the food! 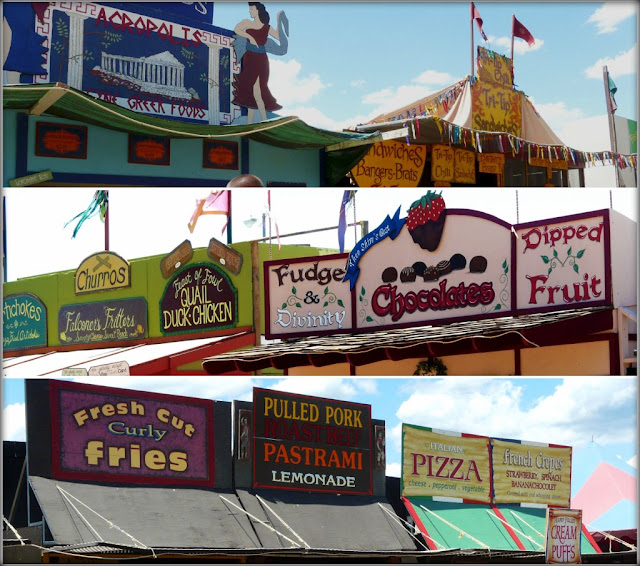 Set up much like a mall food court, the stalls extended a good quarter mile long and had something for everyone. There were steak sandwiches, steak on a stick, tri-tip, pulled pork and pastrami sandwiches, BBQ ribs, bangers and brats, gyros, pizza, roasted chicken and turkey legs, soups in bread bowls, curly fries, chips, fritters, churros, crepes, ice cream, chocolate dipped strawberries and so much more.
Everything we tasted was decent. Not mind blowing or anything but filled our bellies and made us happy. The chips topped with sour cream, cheese and bacon was my favorite. Simple but sinful -- I felt guilty just looking at it -- and so good! I also enjoyed the stewed garlic mushrooms which were tender and juicy and the creamy clam chowder. The turkey legs were by far the most popular item. I saw people, both young and old, carrying a leg with them as they traversed the fair, tearing away at its flesh boorishly every few seconds. I tasted it but didn't care for it. Then again, I've never been big on turkey.
If you've never been to the Renaissance Fair, you should try to go at least once for the experience. Despite all the activities and entertainment there, the people themselves were the standout attraction. I found that I enjoyed people watching more than I enjoyed the food and that's saying alot. ~ Veggie Girl
Main Renaissance Fair website
Posted by Administrator

This fair look so fun!