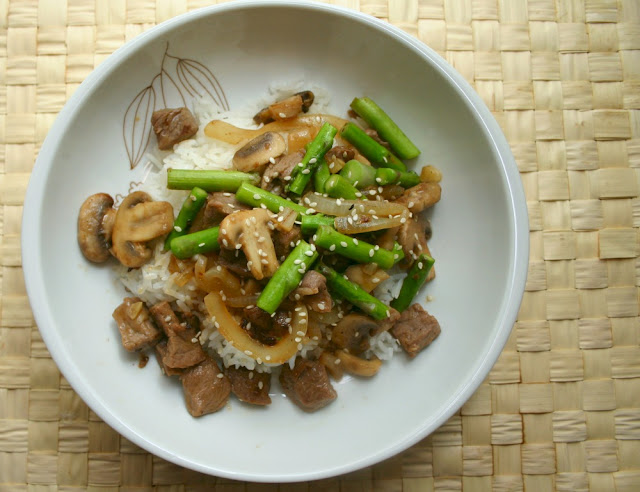 I have been a big fan of Panda Express since I first ate there many years ago. For those of you not familiar with Panda Express, it is an American restaurant chain serving fast, casual Chinese cuisine. It's actually considered to be American Chinese cuisine as their dishes are created to appeal to non-Asian palates and frequently use sweeter, thicker sauces.


Nevertheless, since there is a serious lack of Asian restaurants in my neighborhood, Panda Express hits the spot whenever I'm too lazy to cook and need my Chinese food kick. Compared to other American Chinese restaurants in the area, Panda Express beats down the competition because they use really fresh ingredients and, due to the restaurant's popularity, their food doesn't tend to sit around for too long. More often than not, there's usually a line around lunchtime or dinnertime. They must be doing something right.

What I think they're doing right is their frequent introduction of new dishes so as to keep their customers' interest. Earlier this year (around April I believe), they introduced a dish called Shanghai Angus Steak. It has since become one of my favorite items to add to my plate, however, it costs a couple dollars extra. I decided to recreate my own version at home.

I should stress that I'm by no means trying to create an exact version of their dish but that I've created a similar version that has almost the same ingredients. Obviously, they use what they call a 'zesty Asian sauce' in their dish and I have no idea what's in it. But aside from that, I think I've come up with a pretty decent copycat recipe. Let me put it this way, everyone went for seconds. :)

Add the cornstarch and 1 tbsp. soy sauce to the beef and set aside. Allow to marinate for an hour or up to two days in the refrigerator. This process tenderizes the beef and also thickens the sauce later. 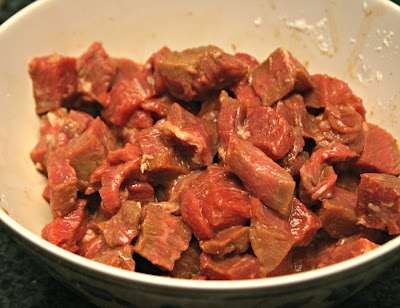 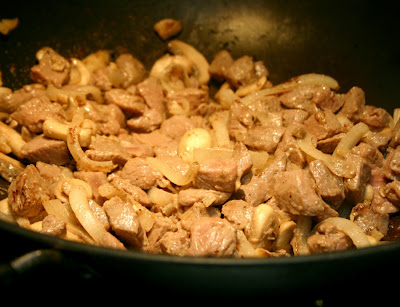 Add the asparagus followed by the rice wine. Stir fry for another minute. 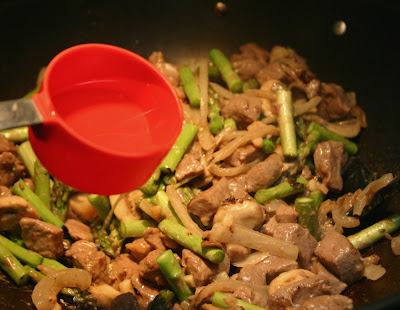 Finally, add the sauce mixture. Cover the skillet or wok with a lid and allow the ingredients to cook together for a few more minutes. Make sure the asparagus is not overcooked. It should be just crisp tender. 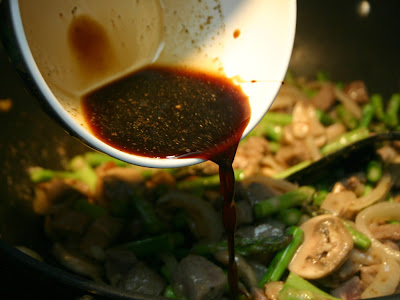 When the asparagus is ready and the sauce has thickened abit, remove from heat. 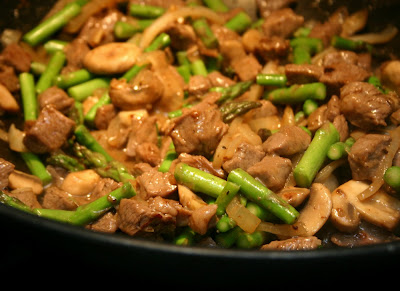 Serve over white rice and top with sesame seeds if you so desire.