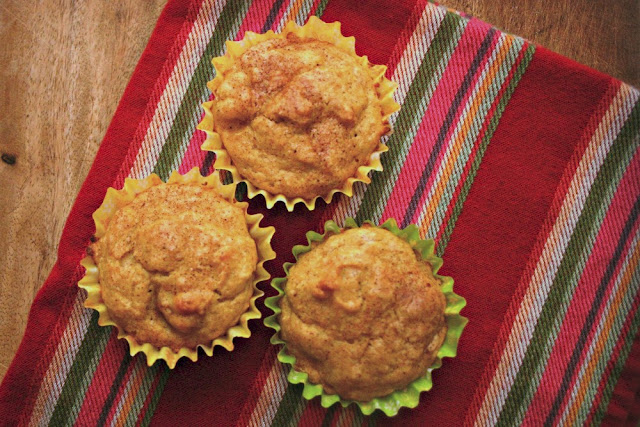 I'm milking pumpkin season for as long as I can, can you tell? I made these pumpkin spice muffins last week to contribute to my daughter's fundraiser at school. It was a bake sale and parents were asked to donate a baked item. I know I could have just bought something from the store but since I had plastic containers of pumpkin in my fridge, I thought, why not make something from scratch with the pumpkin?


I adapted The Pioneer Woman's Pumpkin Spice Muffin recipe and since she has such amazing step-by-step photos, I didn't take any pictures of the baking process. Also, her recipe calls for raisins but I substituted that with diced pumpkin chunks instead so this is a 100% pumpkin muffin recipe. :)

First, before we go into the recipe, I wanted to share my method of making pumpkin purée. The Pioneer Woman uses a baking method but I just boil the pumpkin which, to me,  is faster and easier. However, it may not have as concentrated of a flavor as the baked method. Still, the pumpkin chunks in the muffins should make up for it. 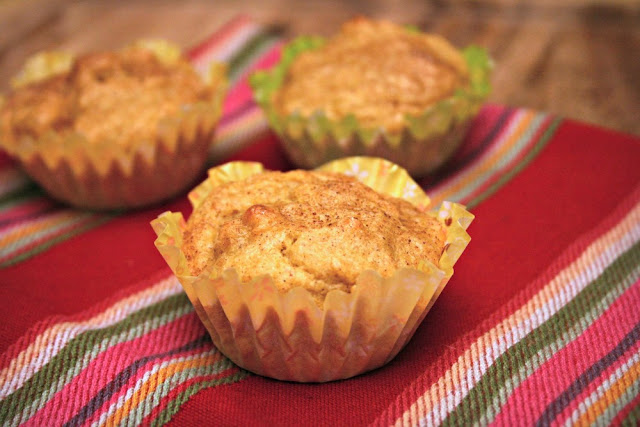 Preheat the oven to 400 degrees.

Melt 1 tbsp. butter in a small frying pan then add the diced pumpkin. Saute for a few minutes until the pumpkin has soften a little. Remove from heat and allow to cool.

Sift the flour, sugar, baking powder, cinnamon, ginger, nutmeg, and salt in a large mixing bowl. Cut in the butter with two knives or a pastry blender until it is fully incorporated. You can also use your hands to blend the butter into the flour mixture until it becomes crumbly.

In a separate bowl, mix the pumpkin puree, evaporated milk, egg, and vanilla extract. Pour the pumpkin mixture into the flour mixture. Add the diced pumpkin and fold gently until mixture is just combined.

Pour into a muffin pan with liners. If you're not using liners, make sure you grease the muffin pan. Fill each one about 2/3 of the way.

Mix the topping ingredients together in a small bowl. Sprinkle the topping mixture over each unbaked muffin.

Bake for 25 minutes. Allow to cool in the pan for 15 minutes, then transfer them to a cooling rack.