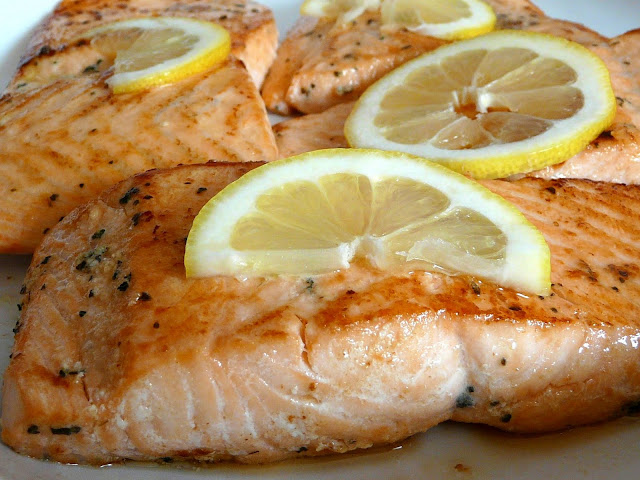 Fish and I have always had a bad relationship. It stems from early childhood when, from the time I was a toddler, I was fed fish porridge/congee for lunch (and possibly dinner) EVERY. SINGLE. DAY. I absolutely detested it because it had a very fishy flavor and being toddler food, probably had no salt in it. Flavorless and fishy. Oh, it was vile. Don't do this to your kids, folks. It'll scar them for all or part of their life. I'm living proof.
Anyway, I remember my parents' frustration with me because I became an incredibly slow eater and would then hold the nasty porridge in my mouth for a long time, until the liquid would dribble down the side of my mouth. Later on, my grandma told me it was "ma yao yu jook" (Cantonese) which translates to fish porridge made with threadfin salmon.
In my later childhood years, I avoided fish with a passion. It didn't matter what type of fish it was or how fresh it was or how delicious it looked. If it was fish, I wouldn't eat it. This went on for years until I went to college and began eating canned tuna (a staple in a college kid's pantry, amirite?) It didn't taste half bad at all. Slowly but surely, I opened up to fish again and now eat a limited variety of them, although I still eat them with caution as the taste of overpowering fishiness will cause a gag reflex. What can I say, I'm a novice fish eater.
This recipe I am about to share with you today is the only one I use to cook salmon. Salmon is the only fish I cook and prepare these days aside from the occasional canned tuna. I buy my salmon from Costco because I've found their salmon to be extremely fresh and I usually cook it within a day or two. This is to avoid getting any fishy taste from it as I've discovered that fish tastes fishy because they're no longer fresh. No thank you!
I call this Super Simple Salmon because it really is super simple. It calls for a few dry pantry ingredients, some butter and some cut lemons. The ultimate lazy cook's salmon recipe or a busy cook's weeknight recipe.

By the way, I had submitted this recipe to Allrecipes.com about two years ago and they actually published it. It's received some excellent reviews so far. Not bad for a novice fish eater, eh? ~ Veggie Girl 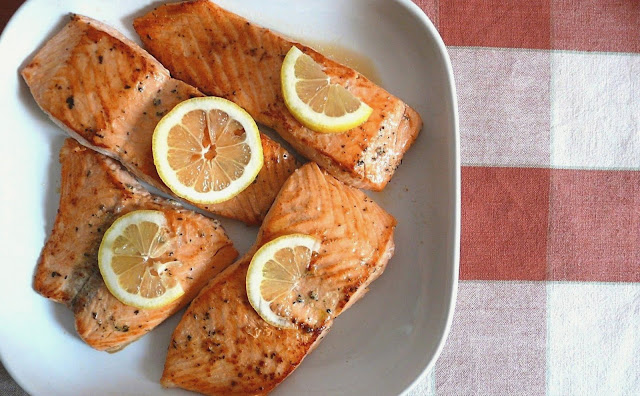